I am on a bit of a staycation: home with only a little work on the plate. A bit of baking, some cleaning, and lots of reading, almost a book a day.

Here are a few quick reviews of some of the most recent reads:

Nora Webster tells the story of a newly widowed woman left with four children in 1970s Ireland. She struggles against impending poverty even as she finds her new place in her community, a small town where every change is noted and commented upon, from getting a new hairstyle to joining a club. There is a rawness to the book that reflects the rawness of Nora’s feelings. She can be sharp at times. But, Nora grows into her own throughout the novel, learning to not care about what other think about her actions, not being afraid to speak up when her needs are not being met and rediscovering a love for music that promises to enrich her life. 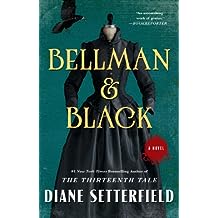 Bellman & Black tells the story of a man who spends his life paying the price for a childhood mistake. To the amazement of his friends, William Bellman kills a rook with an impossible shot. The boys celebrate and then move on with their lives. Bellman works hard to create a successful life and family until tragedy strikes. The second half of the novel tells a more mysterious, chilling tale as Bellman makes a deal that saves at least some semblance of his previous life without understanding completely the deal he struck.  I’m still thinking about the story and the way Setterfield winds in short bits about the lives of rooks. 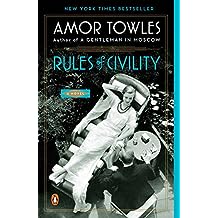 Rules of Civility focuses on New York life in the late 1930s. The Depression is mostly over and World War II has not begun. Young women flock to the city where jobs are available along with eligible men, some of them scions of wealthy families. The story is told through the eyes of Katey Kontent, an independent woman who finds herself thrown into the midst of this world, hovering on the edge of the glamorous lives of the rich and famous even as she follows her own dreams. Towles uses the slang and soundtrack of the day as he follows Katey through 1938. I found myself queuing up Autumn in New York as I read the final chapters.

And, for the record, here is the list of books read so far in 2017. I am shooting, as always, for 75 books but if I can really move along this summer, 100 is not out of the realm of the possible:

June 10
Scandal in Skibbereen
Notwithstanding
The Readers of Broken Wheel Recommend
Ballad
People
13, Rue Therese
Grand Canyon
Thursdays in the Park
Death on Demand
The Hog’s Back Mystery